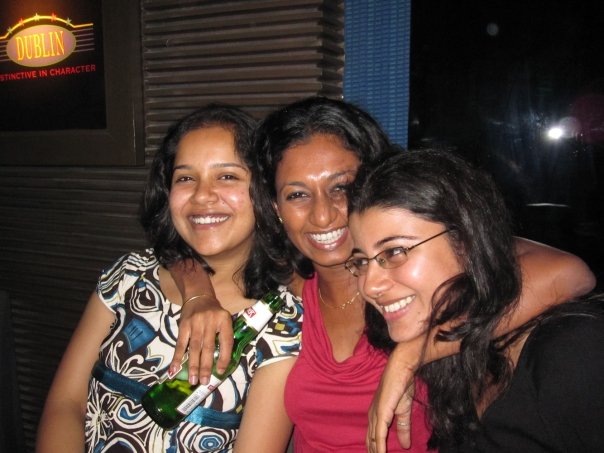 Somehow life has a habit of never living up to your expectations. So, the cool way of living it is to have low expectations. If this law holds true, life will do a reverse swing and surprise you pleasantly. I don’t make much sense, do I? In my twisted mind, I do. So, when I was asked for location preferences for my internship, I had comfortably struck off Kolkata and Chennai from the list. But thanks to the infallibility of Murphy’s Law, my dreams of going to Bombay/Pune were torn to smithereens and Chennai was handed out as my location for two of the hottest months of the year. My dear friends smirked, made jokes and had a hearty laugh. Yes, the more the love, the more is such disguised affection. Or so I like to believe.

Now that am almost finishing off my summers in Chennai, it’s been a whirlwind of fun. Lungi land, as I had fondly named the place, when I was painting dark and dreary pictures of my two months here before joining, has not only surpassed all expectations but has set new standards of the good times. The whacky times.

The city has its own eccentricities. The hot and humid weather that promised to suffocate me in the daytime made me curse my luck many a times. And then when I sit in that favourite balcony of mine, watching hundreds of people making a beeline for the beach, vibrant colours all over..balloons here and there..wind in my face..the sea all calm and distant..I realize I like this place. More than I can admit to myself.

All questions end with the syllable ‘a’ here. I thought everything ended with that syllable, but as a friend enlightened me one day..not everything..just the questions. So, that’s why, the lift lady would ask me ‘fifth-a?’ and the auto fellow asks me ‘right-a?’. Yes, slowly things are falling into place. Slowly, somethings have started making sense. People call each other ‘macha’. A form of endearment they say. ‘Anna’ is the Tam version of ‘Dada’..a bong’s way of addressing every second person. Such is the communication gap here, that on one of those days when nothing goes right..I managed to get lost and couldn’t,for the love of god, explain to the Auto Anna where I wanted to go. Yes, it irks at times that people don’t get what I want to say..irks that Tamil is not the easiest of languages..but still, I find my way around here. With my friends and their broken Tamil, I roam around with utmost confidence in the lanes of Besant Nagar, Thiruvanmiyur et al.

The burger joint next to my place makes these delectable Barbeque Chicken burgers. Mc Donalds is a crying shame in front of it. There was moderate competition from this certain burger called ‘Bin Laden’ burger in this place called Tasty Jones. But that was settled last night. Americana won without much of an effort. For the anti-junk food brigade, I say try this burger..you might think about switching sides atleast twice a week..like I do. 🙂

Then there are these goofy insane people I call my friends here. My support system..my quota of laughs for the day.. people who make Chennai a super place..people who make leaving this place a sad thought. Its not the eccentricities of a place that matter..not the scenic beauty..not luxury..not food..but people who really matter. So when I think of that burger, its not just that but the company of a friend I hadn’t met for eight years, that comes to my mind. When I think of the beach, I think of sitting with them on that porch while we sip a beer in peace. I won’t miss the parties, because they happen all the time..everywhere..irresepctive of the city we are in. But yes, its not the same. The jokes won’t be the same, the profound conversations that crack us up at weird hours won’t be the same, the company won’t be the same.

As the Greenday song goes..

‘Its something unpredictable, but in the end its right..

I hope you had the time of your life…’

Yes, I did have the time of my life. For all you sceptics, Chennai rocks! 🙂