Now, I have been to Goa so often, that if and when I start working as a guide there, there would be a queue of takers. From the engineering days of little to no money to the current days of well, a little more money on a relative scale, I have been there. All seasons. All sorts of budget. I am not a fan of luxury trips. They just seem so easy! Like the true middle class Indian that I am, I love value for money. So, here’s my list of stuff to do in Goa without burning a hole in your wallet. I might miss out on quite a few things, but the ones that are written here are all tried and tested.

They have a beautiful restaurant by the sea, done up more like a lounge. A small bar by the side and a library too. The drinks are cheap (as is everywhere in Goa) and the food is just amazing. We paid INR 1200 for a room during peak season which I think is a steal during New Years! A little towards off season, and I am guessing the prices drop exponentially. I suggest go there once. You would be thanking me later. 🙂 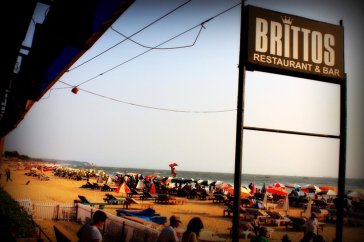 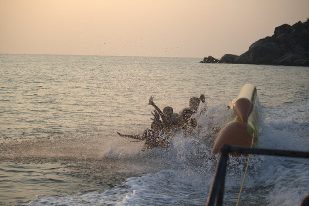 As far as Goa is concerned, this list could run really really long. Probably I’ll add another set after my next trip. All I am saying is head a little away from the usual. Its cheaper, more fun and usually a pleasant surprise!  🙂