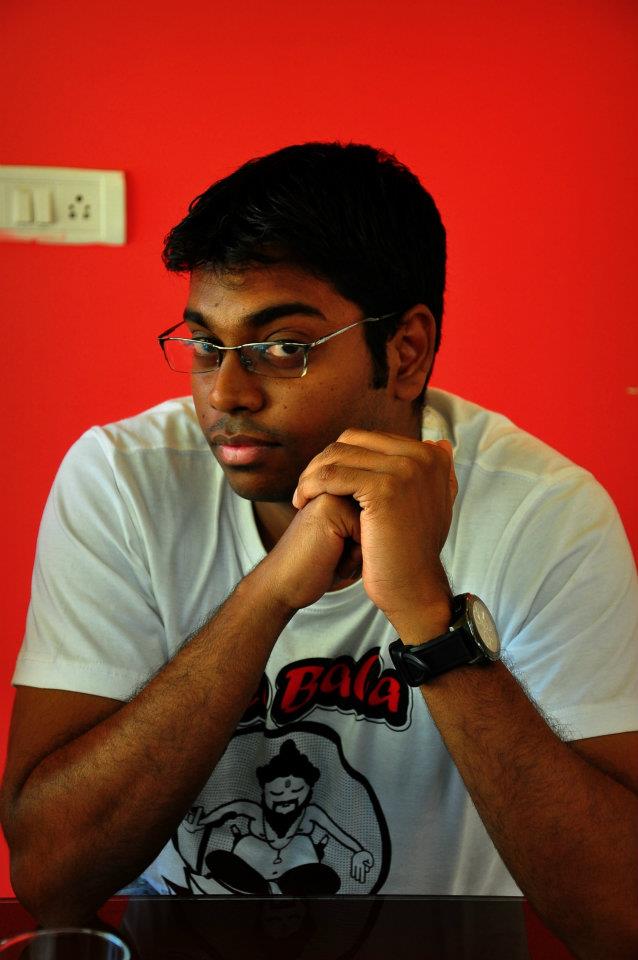 +Naren – our runaway friend. The guy who was a part of all our plans crappy or super! Our rasam maker during fever days. The ass who is sitting in Sacramento now. Well, this one’s a post by him about his roadtrip during new year week to Death Valley, California. Needless to say, the photos are a stunner. 🙂

Sometimes, unplanned trips turn out to be the best ones. Mostly because you have zero expectations. This was one of those trips.

I’d been on the Pacific Coast highway (more popularly known as the California 1 highway) before and remembered very pretty sights, but I was not on the driving seat back then. So, I decided to take that road this time around and experience the drive. But this is just an 8-hour drive San Francisco to L.A, and I had almost a week’s time. So I started looking for other “scenic” drives. That’s when I stumbled upon the “Death Valley scenic byway“. The suggested route to take for this road was from Las Vegas, and so I planned my route from San Francisco down to L.A and then to Las Vegas, coming back home by driving through Death Valley. I had not ordered the camera when I planned this trip, and I knew I had to get the camera before it happened. And so I ordered it right away. The 4 year long wait to buy the DSLR had come to an end, thanks to the last-minute planning! 🙂

I rented a 2012 Toyota Camry for the trip. Very spacious and comfy. Nice music system with steering wheel controls and USB input. My roommate was supposed to be flying the next day from SF, but the next day being Christmas, all taxi services were off. So I had to drop him off at his friend’s place at Toscano, which is on the way to SF. From there, I proceeded to SF to meet my school friend Mani. We headed out to a dive bar. The city was freakin dead for Christmas eve and the bar we went to was one of the very few ones open that night. Man, these guys make their drinks super hard. We went back home and played some games on his PS3 and were chatting for a long time. I don’t even remember how I dozed off that night.

When I woke up the next morning, it was raining heavily. And I had to hit the road. So I started out from San Francisco and reached the CA-1 highway and just started driving south. At times the rain would stop and I would park my car on some beach and try to take some photos, but on the whole, this day was just plain disappointing. Some of the beaches were amazing, but I couldn’t head out because of the weather. By the time I reached this place called Marina, it was quite dark. When I had initially planned this trip out, my plan was to just spend the whole week in the car. Stupid idea. Apparently you can’t just park your car anywhere and stay inside. Moreover I didn’t feel very safe doing that. So I parked at a petrol pump (or a gas station, as these guys call it), installed the CouchSurfing app and sent out requests to a bunch of people staying in the Marina area asking for a place to stay that night. And then I got reminded of Airbnb. I figured I had better chances of getting replies from people on Airbnb, because you’ve gotta pay people on Airbnb to stay at their place as opposed to the CouchSurfing concept. So I installed the Airbnb app and within minutes of sending out a couple of requests, an old lady responded that she had her place available. I went over to her place and it was quite neat for the $60 I paid her. She was working as a Chinese professor in a nearby university and also taught Chinese at a local school in the weekends. I read some reports that the CA-1 highway might be closed further south because of some rockslides. Anticipating this, I booked a place in interior California (instead of a place on the coast) for the next night.

This day looked brilliant. The weather forecast was “occasional rain” along the coastal highway, but it looked pretty sunny outside. I headed out to the coastal highway and reached this town called Monterey Bay. Extremely pretty town on the coast with a lot of touristy people on the beach. In fact, the pacific coast highway as such is pretty all along the way, and I had to stop every now and then to take photos here and there. Barring the occasional rains as predicted, this was one brilliant day. There is a forest that the highway runs through, called the Big Sur. That’s where the rocks had fallen on the road, and that’s where I had to turn back.

On my way back, I had lunch at this restaurant called Ventana with an ocean view high up on the cliffs. I just wished I had you guys with me there. You would’ve absolutely loved it. And the food was beyond excellent. They had creme brulee with fresh berries too!

With a delighted stomach, I started my journey back on the highway towards the place I had booked in the interior California area in a town called Coalinga. Now the road to this place is one of the curviest ones I have ever driven down. Extremely enjoyable though, because it was pitch dark and there was a surprise at every turn.

Almost all the casinos in Vegas are located on the Las Vegas boulevard, famously known as the strip. I started on the southern end of the strip, at this casino called the Mandalay Bay. I gambled at various casinos all along the strip – Mandalay Bay, Luxor, MGM Grand, Paris, Bellagio and Treasure Island. I won’t get into the details of how much I gambled, but I lost an amount of money that borders on obscene

Vegas becomes truly alive at night, and the crowd is maddening. I could only imagine how crazy it would’ve been on the 31st night. The fountain show outside the Bellagio was such a treat to watch (remember the climax of Ocean’s 11?) and so was the volcano eruption show outside the Mirage casino. I ended the night at the Stratosphere casino, which is one of the tallest towers in Vegas with thrill rides on the top of the 108th floor (http://www.youtube.com/watch?v=IfEqfjNHlfA). They’re certainly not the scariest thrill rides, but for someone acrophobic like me, they are! Vegas is a huge city and you realize this only when you go to the top. It was really cold up there and I was tired from all the walking throughout the day (it was 1 AM already).

Time to go to Death Valley. My host at Las Vegas was a sweet old lady called Marci from Maui in Hawaii, who cooked breakfast for me and even packed some food for me. Once you get out of Vegas, you slowly stop seeing any signs of civilization. All you see are roads running through endless barrenness. And it was amazing. Driving on that cliched never ending road that runs into the horizon with not a car in sight can be very enchanting.

Death valley has some of the most diverse landscapes I have ever witnessed. It has barren land and mountains, desert sand dunes, salt beds, mineral crystal formations and snow capped peaks. The only thing it lacks is water. Death valley is located in the midst of many mountain ranges surrounding it, and thus all the rainfall gets trapped in the mountains. The valley receives as less as 2 inches of rainfall over the whole year, and so you rarely see any life form in this place. Which is very unsettling at first when you enter the valley.

There are many places of interest in this place – I went to Badwater Basin, which is the lowest point below sea level in North America, Zabriskie point and Dante’s view (where you get to see a glimpse of the whole valley from a very high vantage point). By that time it was getting dark. The darkness that crawls into this valley after sunset and before moon rise is surreal. The only thing you can hear is the wind howling. I quickly drove to a campground, bought a tent site and parked my car and tried to doze off. It was only 7 PM and it was freezing cold outside. There were some resorts offering accommodation in the valley, but they were too expensive (around $250 per night) so I had decided to stay in the car for the night. It was one of the longest nights of my life. It was pretty chilling. No, literally. I started the car and switched on the heater for sometime and then I dozed off thankfully.

I woke up early thanks to the cold weather outside. Proceeded to a castle that was built in the middle of nowhere in this valley, called Scotty’s castle. I took a tour of this place with a guide and it was pretty amazing to see how well it had been built in spite of being located in that valley with few supplies. The conspiratorial theorist in me found all this very hard to believe, though. After that I proceeded to other places like the Ubehebe crater which was formed due to a volcanic explosion back in the day and the Mesquite sand dunes, where I met a photographer couple who found each other on Instagram (!!!) and decided to spend the new year together. After almost a week of solo road tripping, their company was extremely refreshing. Well, it had gotten dark by this time and I had booked a place just outside death valley in a horse ranch in the mountains. I was pretty exhausted by the time I reached there and dozed off quickly.

The old couple who hosted their home at the ranch were professional cinematographers. The guy had traveled all over the world and  had a lot of stories to tell. After having a very heavy breakfast and some enriching conversations, I proceeded on my way back to San Francisco.

This was one of the best trips I have ever been on, in terms of the diversity of the sights I witnessed. From the high cliffs of the coastal highway to the lowest point in North America, from the lush green fields to the pristine beaches to the open barren land of the Nevada desert, I felt like I had seen it all. But in the end, I realized that road trips aren’t the same without your dear friends beside you. You two were sorely missed.