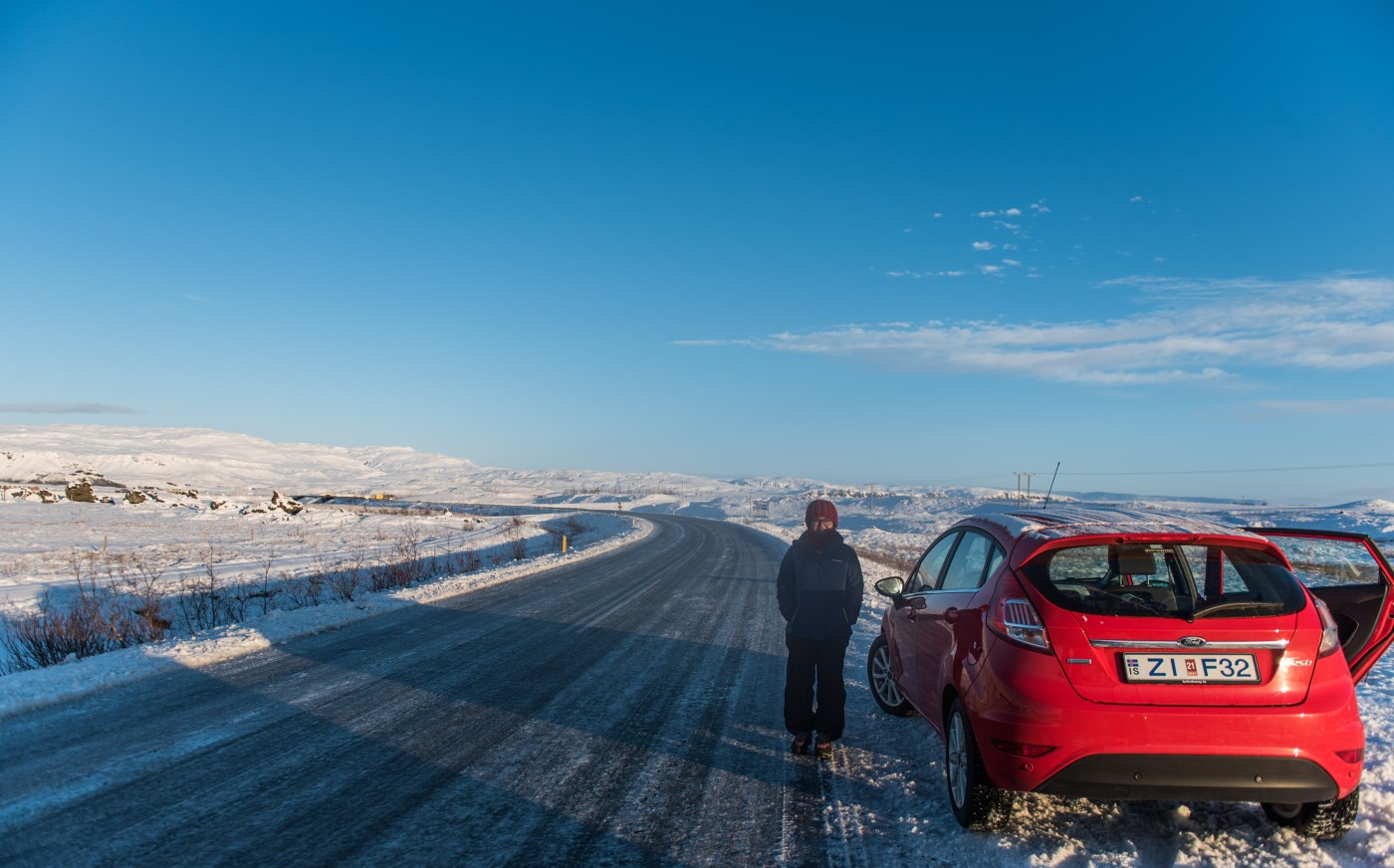 Asked the old guy, knowing very well that I had no option but to give him all that I had…

Apparently, I never learn from my past mistakes. Or so I have been told. Which is disturbingly true for many aspects of my life, and not just what I am going to write about. 🙂

So, I woke up day before to a gorgeous view in the Vagnsstaðir HI Hostel. Sun was bright and shiny and the weather reports promised an easy drive to Vik. Approx. 220 kms or 2.5 hours. Easy-peasy. Packed my stuff, took a long hot shower, fixed breakfast and stepped out of the hostel, bags et al. Dumped everything in the boot of my car, picked my camera and went ahead to sit in the car. Just to realize that car keys were no where in sight! After about 10 minutes of searching every crevice and pocket, there was only one inevitable answer. Keys were in the boot of the car. And the car was locked. And I had no spare keys. And I was in the middle of nowhere; with the closest town (Hofn) about 60 kms away.

Now, I have been in a LOT of shitty situations. Right from the time I left Patna, back in 2001. Wait, even before that. Got reminded of the stunt I had pulled when I had gone to write the Math Olympiad in Ranchi.  🙂 But that’s a story for some other time.

So, I go back to the hostel and dial 112 (Icelandic emergency services) and explain my situation. They said they don’t provide such services. Then I dialed the car rental folks. The guy gave me a price tag of 400 euros, which I couldn’t afford by any means! Essentially, I had no plan A or B. As luck would have it, a lady from the hostel walked by and I explained my situation. She in turn, went and spoke to this old guy next door, who was working in his shed. And he agreed to help! He walked in with wire, wedge etc. and I was quickly becoming religious. About 45 minutes of maneuvering later, the wire was latched on to the car handle and he was seconds away from opening the door. And then he took a pause and said –

Old Guy – How much money do you have?

Me – I don’t have that kind of money. But, if you open the door, I can give you whatever I have in my wallet.

He opened the door. And I took the car keys out lightning fast. Just in case the guy decided to slam the door back! Emptied out my wallet (about $60) and started driving towards Vik. All of this took about two hours and I reached Vik safely by sunset.

In summary, I think good karma exists. And I might have done some good things in the past. Because, getting help in a deserted place, miles from civilization doesn’t just happen out of the blue. So, whoever you are, watching over me, thank you. 🙂

Oh, why I said I don’t learn from past mistakes? Because this has happened twice in LA already! But there is AAA in LA and zilch in Iceland. Also, as I recounted this story to some close ones, EVERYONE said the same thing – “Hope you learned your lesson”. Sigh. Bunch of morons. 🙂

P.S – I thought $60 as labor charge was decent amount of money. I am not going to judge myself for not paying $150!